I am so excited about getting this "little" gem :-)
Now I just need to finish all my commission pieces before I can touch this beauty.
Super detailed kit, produced by Vinal Wang (Facebook) 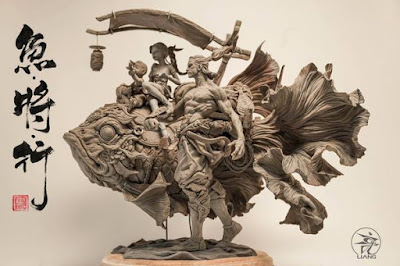 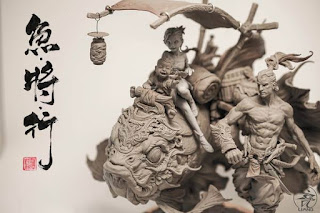 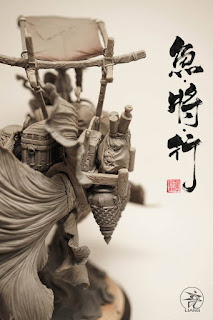 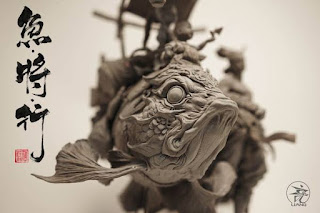 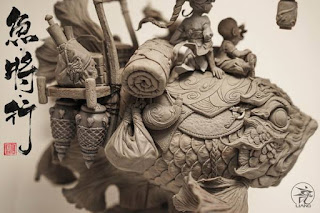 I got this kit for my boyfriend (he is a big fan of Chocolate Factory :-)  )
It was supposed to be a Christmas present, but my boyfriend ruined the surprise by walking in into my workroom while I was working on Willy.  Oh well, it gave me more time to finish him up, since I didn't had to rush it for specific date anymore :-P

By the way, its produces by Angelo Valletta from Goodfellas resin.

This is the part pictures with his many holes.

I was going to make a stamp for texture in his hat, but decided to just redo the whole thing.  Applied watered down Elmer's glue to the hat and sprinkled it with very fine sand.
Don't have any pictures after it was done, but you can kind of see it on the follow up pictures.

Face is all painted. 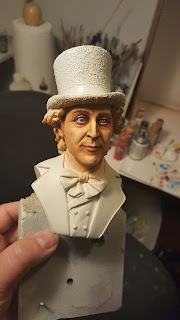 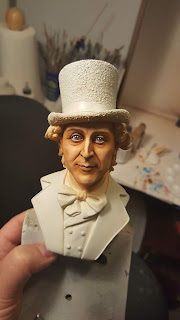 Some silly putty make up :-) 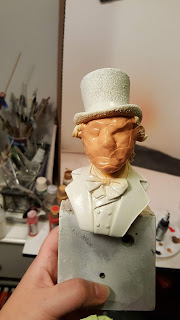 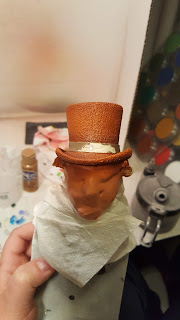 Time for the shirt.
It looks more complicated then it actually was.  Once you figure out the pattern, its comes together very fast.  I was more afraid of it then I should had been :-) 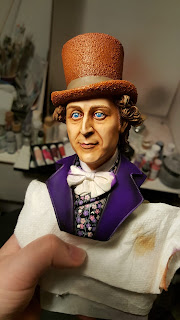 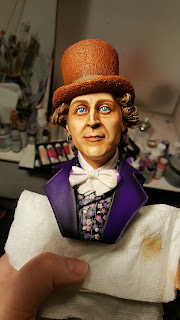 After Willy was sitting on my table for a while (I was too intimidated to touch his base )  I desided that he really need some eye lashes to make him complete.  So I made his some out of feathers. 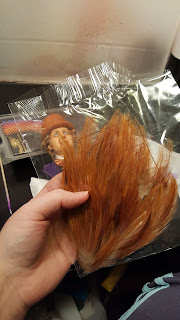 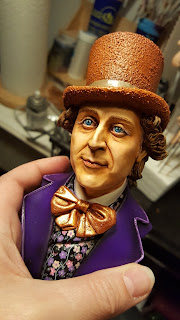 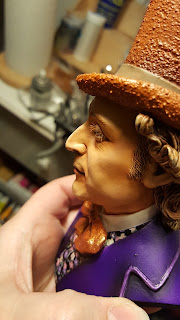 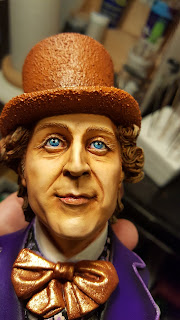 
I had a few  Muv-Luv projects lately.  Love the kits, but its a lot of purple to photograph :-) 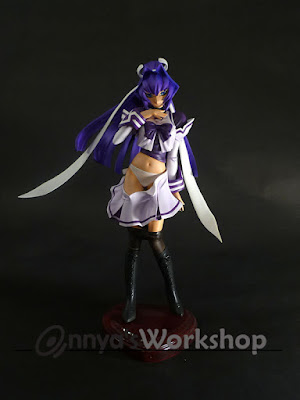 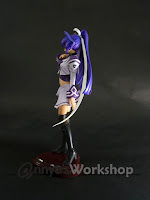 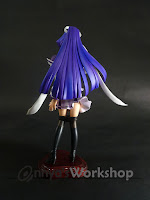 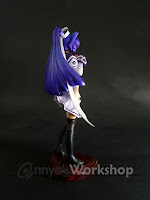 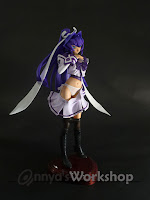 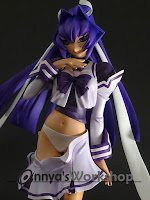 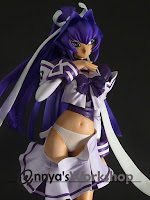 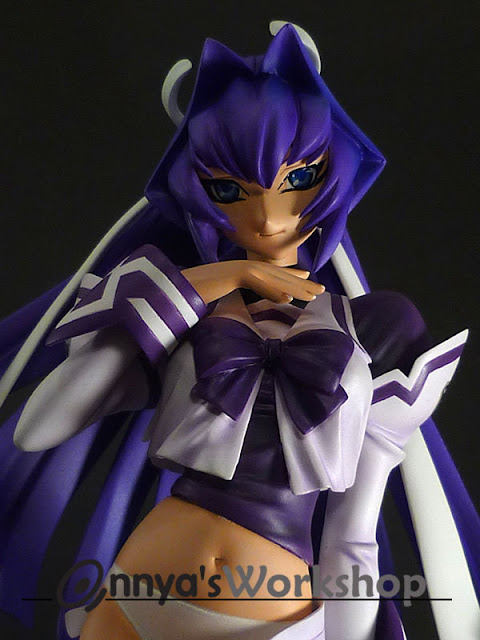 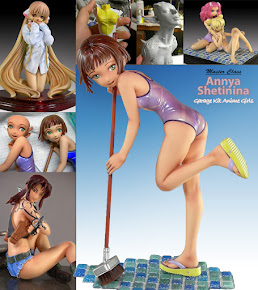